Nestled in the foothills of the Sangre de Cristo Mountains in Cañon City, St. Thomas More Hospital is the area's cornerstone for health care services. Its rich history of providing comfort and healing began in 1938 when a half-dozen Benedictine nuns opened its doors. Today, the hospital plays a pivotal role in this rural community by providing 24-hour emergency and acute care to Fremont County residents, neighboring communities and the many visitors who flock to the area. We proudly celebrate our 80th anniversary and the legacy set forth by the Benedictine Sisters.

“As we celebrate our 80th anniversary, our resolve to extend the healing ministry of Christ is stronger than ever. We’re proud of our incredible caregivers who continue our legacy each and every day. Enjoy these highlights that reflect our commitment to Fremont County this past year.” - Kristi Olson, Chief Executive Officer

24/7 Emergency Care - Close to home, where you need it

Our 24/7 Emergency Department – featuring physicians who are board-certified in Emergency Medicine and nurses who specialize in emergency care – receives more than 18,000 annual visits, treating approximately 50 patients each day. We partner with Flight For Life® Colorado to stabilize and transfer our most critical patients (only one percent of all patients we see each year). Approximately 95 percent of patients are cared for and return home to their families.

Emergency Care Near You

Urgent Care Near You 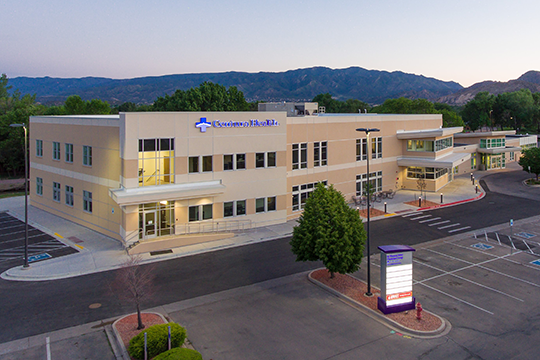 New Technology Improves Patient Care - We are on the cutting-edge

Dedication to Quality Health Care - Your safety is our top priority

When it comes to patient safety, St. Thomas More Hospital ranks at the top. We received an 'A' for patient safety in Fall of 2018 from The Leapfrog Group. As a rural medical facility and the leading health care provider in Fremont County, your health and safety is our top priority. 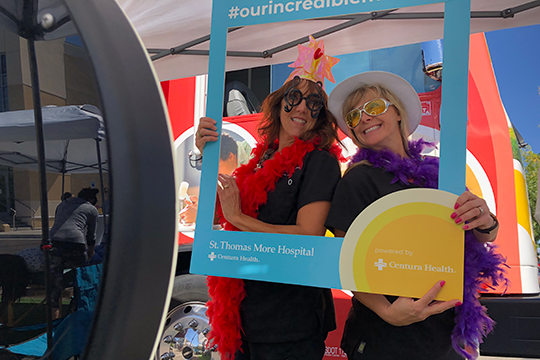 Community Impact - Our mission at work

More than 500 caregivers and 145 physicians provide patient care. Here’s a look at the care we provided in our community, close to home and loved ones: