As a not-for-profit medical center, Mercy is committed to improving the health and wellness of the communities it serves and the individuals who receive care at the hospital. 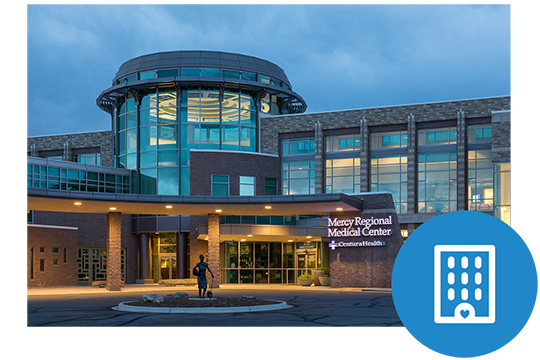 Mercy Regional Medical Center opened in the Grandview area of Durango in June 2006.

The facility includes state-of-the-art medical technology including 64-slice computed tomography (CT) scanner and breast MRI in an environment designed to promote a sense of wellness and healing. Our healing environment includes a healing garden, labyrinth, chapel, artwork, nutritious meals prepped by an executive chef, and a TLC program. The Touch, Love, and Compassion (TLC) program includes complementary therapies for patients (fee for service), such as:

Mercy Regional Medical Center continues a legacy of care and healing and playing a pivotal role in the mountainous community of Durango, CO. The hospital offers a wide-range of care options including emergency services, Flight For Life® Colorado, orthopedic services, surgical services, heart & vascular services and a birthing center to residents, neighboring communities and the many visitors with the four corners region.

Discover what makes Mercy Regional Medical Center and the Durango, Colorado community unique from the people who work and live here.