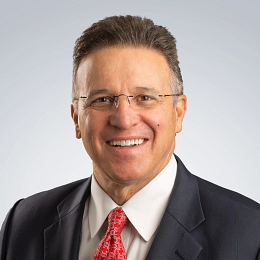 Mike Cafasso has served as Chief Executive Office at St. Mary-Corwin in January 2018, after serving as the Vice President of Operations since March 2011. His servant leadership style is well-regarded amongst our caregivers and he is dedicated to our mission, vision and values. Mike is a strong supporter of the Pueblo community having been named the Greater Pueblo Chamber of Commerce Citizen of the Year in 2018.

A Massachusetts native, Mike relocated to Colorado to attend Colorado State University-Pueblo (formerly University of Southern Colorado) where he received a Bachelor of Science degree. He attended and completed Graduate School of Banking at Colorado.

Prior to joining St. Mary-Corwin, Mike served as Colorado President for the American Bank of Commerce. He also led Pueblo Bank and Trust as President and CEO with their expansion into several Colorado markets.

Mike has an extensive background in customer service programming and developing innovative practices. He has completed programs at Disney Institute, Ritz Carlton, Nordstrom’s, Lands’ End, and the Center for Creative Leadership. He is a current board member for the Association for Managers of Innovation (Aminnovation.org) – a pioneering organization of committed individuals who foster and leverage creativity and innovation in organizations and society.

As an active supporter of Colorado communities, Mike has served on Denver Metro Chamber Leadership Foundation Board, Co-Chaired Access Denver, Girl Scouts of Colorado and Goodwill of Southern and Western Colorado Boards. He currently serves as an elected member of the Board of Water Works of Pueblo and reappointed by Governor John Hickenlooper to serve as a Colorado State Fair Commissioner. 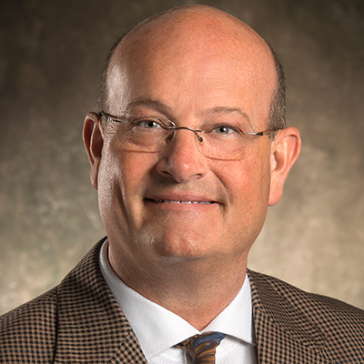 Glen Griesheim serves as Chief Operating Officer and Chief Nursing Officer for St. Mary-Corwin Medical Center. Glen began his professional career at St. John’s Hospital in Springfield, IL where he worked as a charge nurse in the emergency department. He then moved on to manage critical care and the ER at Doctor’s Hospital, also located in Springfield. Glen transitioned to St. Mary’s Hospital in Decatur, IL, holding the roles of Director of Critical Care, Director of Diagnostic Services and Chief Administrative Officer. After more than a decade at St. Mary’s, Glen felt called to an administrative role and took on the position of Vice president of Operations at Carondelet St. Joseph’s Hospital in Tucson. Glen then seized the opportunity to serve as Chief Executive Officer at Select Specialty Hospital in Des Moines. Glen’s most recent position before joining St. Mary-Corwin was Regional Operations Director at DaVita Kidney Care.

Glen earned his Bachelor of Science in Nursing from Southern Illinois University before moving on to University of Illinois where he completed his Master of Arts in Health Service Administration.